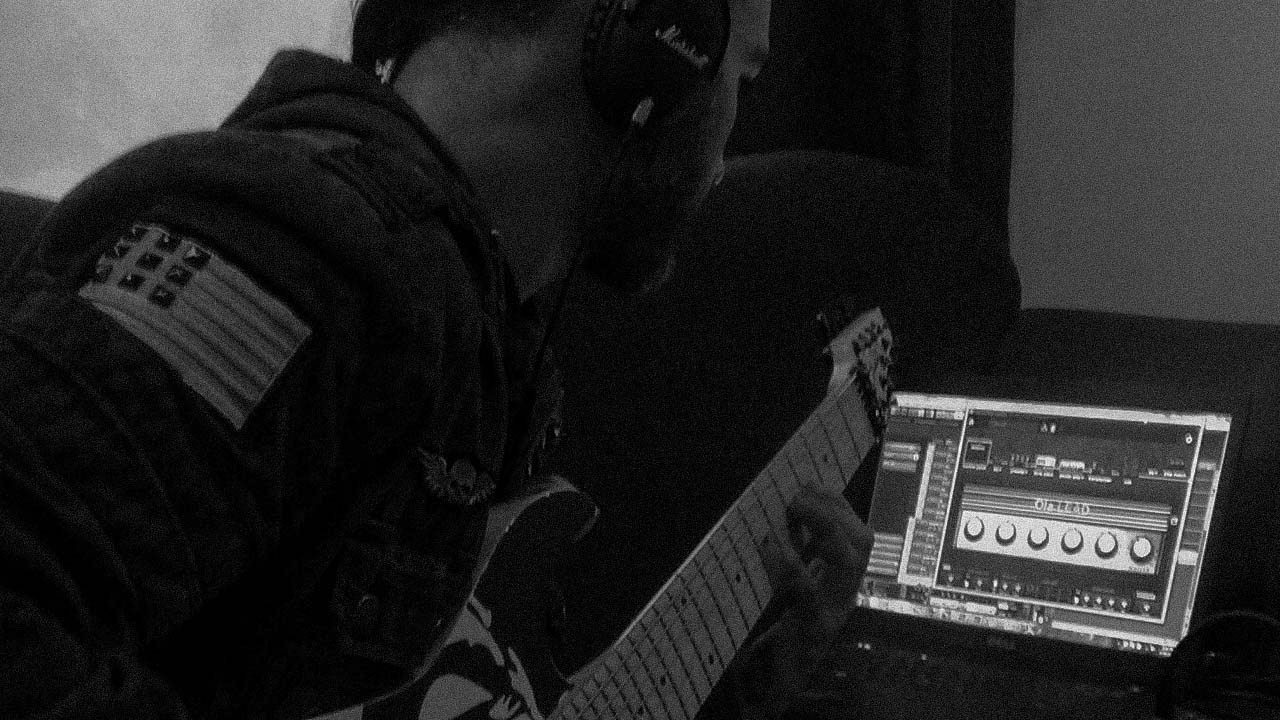 Writing an album from scratch was something exciting and scary at the same time. You have high expectations, but you also know that putting that much pressure on yourself can hinder your creativity. But sometimes great things come from pressure. In June of 2014, we had exactly zero material written for our next album. We knew that every thought, idea and concept should be thrown at the wall to see what would stick.

Thankfully technology now is very helpful in capturing inspiration. I always had my phone ready to record ideas and most of those ideas came when I least expected it. For some reason I’m usually far from my guitar when a riff hits. I could be cleaning the toilet when my best ideas come out. You never know but have to be ready.

By October we had compiled enough material that it was time to start stripping away the best ideas. I had yet to write an idea I had but I knew the concept I wanted. I wanted to re-create the feel of some of our earliest material we had written as a band. There was a frantic energy to it and I wanted to bring that into the new album. I started to construct the concept of the riff in my head before ever touching the guitar. In Colorado Springs on our headling tour, I finally had an idea. I dubbed it “Good Time Rock n Roll”.

It was enough to spark up the idea once the idea had been forgotten. And it usually is forgotten. I have a ton of these voice memos, and most don’t make it past the mumbling stage. I’ll sit down later with my guitar, listen to my ramblings then either create a drum pattern to play to or a riff to write drums to. For me, it always starts with those two instruments. A few days later, another idea came for the song that would become the pre-chorus:

I thought I had a rough idea for the chorus, so I continued to embellish:

Once we were home from tour, we headed directly into the studio for pre-production to start rehearsing and shaping the songs for the album. We felt confident that we had our best material, but we had not reached our deadline for new ideas so there was always room for more. I shelved my idea and wanted to spend time constructing it in my head before presenting it to the band.

Soon I came home to work on “Good Time Rock n Roll”. I created a drum loop for the main riff. It was a complicated kick drum pattern but it made sense in my head and I had a general idea of the overall feel of the riff. Once I was really feeling it, all the other pieces began to fall into place: Intro, verse, pre-chorus and the all important payoff, the chorus. I scrapped my original idea for the chorus and switched to something with a radically different feel than the rest of the song.

Using my little home “beat labratory”, I mapped out the song structure on Superior Drummer (drum program) then added guitars. I absolutely love programming drums, so I always spend time fine-tuning and adding as much to make it sound as natural as possible. For some reason it makes me more creative as a guitar player. I then recorded renamed “Good Time Rock n Roll” to “MAC” after the Mac store nearby. We used retail stores as working titles for all our songs:

I began looping the chorus idea over and over trying to get in the mood of the song. I paced my studio back and forth and finally came up with something that seemed catchy at the time:

I knew that the lyric needed work, but the rhythm was strong and catchy. By that time most of the album had been wrapped up in the studio. I remember telling Logan, our producer, that I’ve got a winner here and since we tracked drums before any other instrument, that Chris should go ahead and lay down the drums for MAC. Keep in mind, Chris had never played the song before he sat down to record it. Using my drum tracks as a template, he and I went back and made a few changes before he knocked it out of the park. Our producer let us know that if we had any further ideas that we could revisit after we returned from our next tour. We sat down as a group on the bus one day and started to work out the vocal arrangement for the song. A verse was written and rehearsed over the track, then we came back to the Chorus. “Can’t stop looking” soon became “Can’t stop moving” including the all important tagline “This Monsters Ball.”

When it was finally completed it ended up being strong enough to make track one on “Take It Like A Man” and melt faces across the nation.